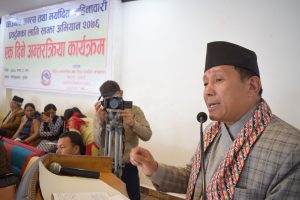 Hon. Chairperson Anup Raj Sharma assumed his office as the Chair of the National Human Rights commission of Nepal on 20th October, 2014. As a visionary having the maxim of access of human rights in every household in the country, Mr. Sharma vows to devote himself for the respect, protection and promotion of human rights. During the early days of his career, Mr. Sharma worked as a freelance advocate from 1973 till December 31st, 2003. Attaining an unvarying elevation, thereafter, Mr. Sharma held the honorable post of a justice in Supreme Court from January 1, 2004 till February 10, 2010. He was then appointed as the Chief Justice of Supreme Court from December 13, 2009 till he retired on March 26, 2010. 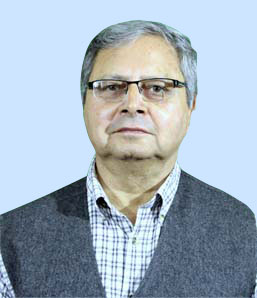 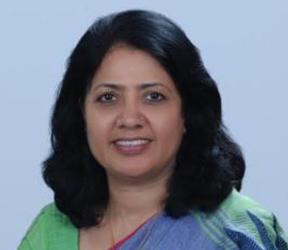 Bimala Rai Paudyal is a Member of the National Assembly, Federal Parliament of Nepal. Earlier, a member of the National Planning Commission, she holds a PhD in Development Studies from Institute of Social Studies, The Hague, Netherlands and an MA from the University of Manchester. Dr Rai Paudyal is a policy expert with more than 25 years’ experience in the areas of sustainable development, peace and reconstruction; agrarian differentiation, rural livelihoods, and social protection; gender equality and social inclusion (GESI) mainstreaming; natural resource governance, climate-smart agriculture, and disaster risk reduction. She also serves as an adjunct professor of Development Studies for Agriculture and Forestry University (AFU). She is one of the members of High Level Task Team in Organic Agriculture and management board of Kathmandu Forestry Collage. 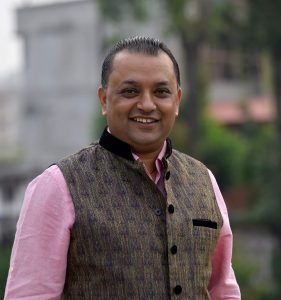 Gagan Kumar Thapa is a member of parliament now. He served as Minister, Ministry of Health 2016,

KAMLA BHASIN,  A social scientist by training, Kamla Bhasin has been actively engaged with issues related to development, gender, education, media and others since 1970. Currently, she works with Sangat – A Feminist Network as Adviser as well as JAGORI, a Women’s Resource and Training Centre and Jagori  She is the South Asia Coordinator of One Billion Rising, a global campaign to end violence against women and girls; Co-Chair of the worldwide network Peace Women Across the Globe; and member of South Asians for Human Rights (SAHR). Prior to this, she worked with the Food and Agriculture Organization of the United Nations for 27 years. Kamla Bhasin is deeply engaged with issues related to gender, development, peace, identity politics, militarization, human rights and democracy and seeks to explore and articulate connections between these issues and to promote synergies between different movements. Her main work is at the South Asian level, and has included capacity building of South Asian and other young activists and networking amongst civil society organizations in South Asia.  She has also written a large number of songs and slogans for the women's movement, books for children, and has created many posters and banners for various people’s movements. She is committed to the creation of a peaceful, democratic and pluralist South Asia. 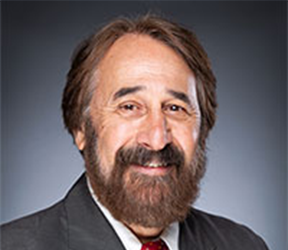 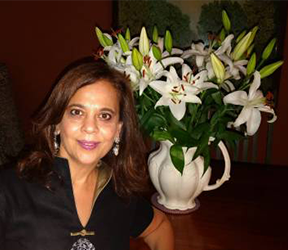 Archana Patkar is a pioneer in breaking the silence on menstruation globally, she has worked on menstrual health and hygiene for two decades across Asia and Africa and is committed to addressing stigma and discrimination across the human lifecycle in order to change hearts and minds, and achieve lasting changes in policy and practice, at scale.

She is currently an independent adviser to WHO, UNAIDs, UNWomen, governments and civil society gender equality, WASH, and rights. She is also busy with research on menstrual health, stigma and waste across the reproductive lifecycle and impact investment and metrics. Archana holds Masters degrees from the London School of Economics and Political Science, New York University and Jawaharlal Nehru University. 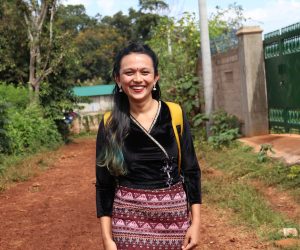 Nandar is a young feminist, born in 1995, Myanmar.She is the translator of the book called We should all be Feminists, Host of first Myanmar Feminist Podcast named G-Taw Zagar Wyne and working in Purple Feminists Group. She has been speaking on dignified menstruation since 2014 within country and beyond. 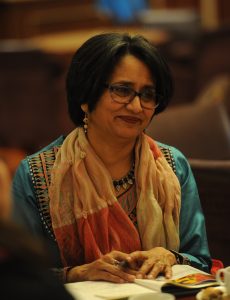 Prabha Sankaranarayan is the President and CEO of Mediators Beyond Borders International, (http://mediatorsbeyondborders.org/) an international impact organization whose mission is to build local skills for peace and promote mediation worldwide. She is committed to partnership, as evidenced by the organization’s collaboration with over 120 organizations globally. She leads MBBI’s recent partnership with Rotary International, a global network of 1.2 million members, as well as with NAFCM, a North American network of over 300 mediation centers. She is a conflict transformation practitioner who has mediated, facilitated and trained in Europe, Asia, Africa and the USA. Her public and private sector work includes conflict analysis for public/private partnerships, consultation & assessment for industrial development zones, design and implementation of trainings for multinational corporations; inter faith dialogues as well as facilitation of multi-stakeholder mediations. In her capacity as CEO of MBBI she designs conflict transformation and capacity building programs around the world, serves as a consultant for companies, policy makers, governments, universities and groups engaged in civil resistance and also advises on the role of women in peace and security. Prabha is involved in regional, national and international civic activities focused on civil liberties, violence prevention, conflict mitigation & mediation and the recovery & rehabilitation of trauma survivors. She is an Adjunct Professor at Washington and Jefferson College. She serves on the ASEAN Regional Forum’s ( ARF) Expert and Eminent Persons ( EEP) Group for the US Government. She designs programs and interventions, trains and delivers presentations (nationally and internationally) on the impact of violence, the intersection of trauma and peacebuilding, restorative justice, conflict resolution, mediation and transitional justice. 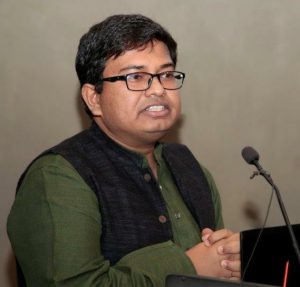 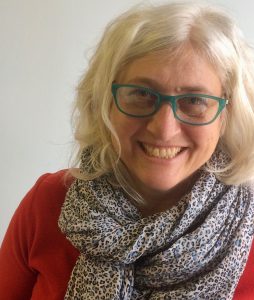 Chris Bobel is Professor and Chair of Women’s, Gender & Sexuality Studies at the University of Massachusetts Boston, USA. Chris finds the body, especially the body on the margins-- a rich site where social norms, cultural anxieties and political agendas come to life. As a scholar of social movements, she is curious about how feminist thinking becomes feminist doing at the most intimate and immediate levels. At the intersection of these interests lies menstrual activism —a research and advocacy focus that has sustained Chris’s interest for nearly 20 years.  Chris is past president of the Society for Menstrual Cycle Research and is often consulted by the mainstream media about the rapidly growing menstrual activist movement. 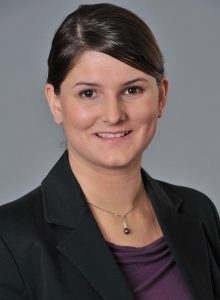 Inga Winkler is a lecturer in the Institute for the Study of Human Rights and the Director of the Working Group on Menstrual Health & Gender Justice at Columbia University (www.periodsatcolumbia.com). She is a co-editor of the forthcoming Handbook of Critical Menstruation Studies. Her books include the first comprehensive monograph on the human right to water and an edited volume on the Sustainable Development Goals. She is involved in advocating for advancing a comprehensive understanding of menstrual health at the global level and in several countries, and is particularly interested in the intersection of menstruation, human rights, society and culture. She is the former legal adviser to the UN Special Rapporteur on the human rights to water and sanitation. 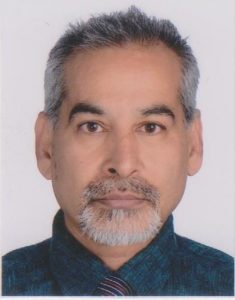 Rajan Raj Pandey has an M. Sc. Environmental Engineer (Bachelors’ in Civil Engg.) with over 35 years of experience in the fields of WATSAN, Environmental Studies (IEE, EIA, EMP and EA), WASH in Emergency etc. both in Government and I-NGO/ consulting sector. Has worked through the rugged chilly mountains of Nepal and Bhutan to the scorching heat of India to sea level communities of Bangladesh, The Philippines, Indonesia and Tonga to the deserts of Ethiopia and Iraq. With all the basic skills in computer (MSWord, Excel, PPt, Internet, email, picture manager etc. and various engineering software) with knowledge of 8 languages and experience of working with people of all the major religions of the world, almost through 20 ethnicities and over 8 linguistic regions and temperature below -100 C to over 500 C. Also experienced in community participation, needs assessment, design, supervision, monitoring and evaluation, Contract management of projects in normal development context (ADB, WB, JICA, FINNIDA, DANIDA, Helvetas etc. supported projects on FIDDIC conditions of contract) and places with limited democracies (development project- Bhutan), post- Natural Disaster (Typhoon Haiyan- The Philippines and Tsunami- Indonesia, Earthquake, 2015- Nepal), Health Emergency (Cholera-Ethiopia and Rohingya Refugees- Bangladesh) and war-torn conflict areas (twice in Iraq) as well- in 10 different countries. A Registered Member/ Certified Trainer on Emergency WASH and DRR- CCA of RedR. 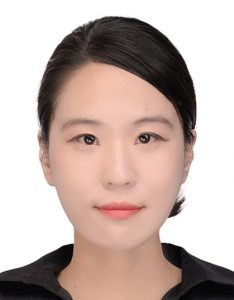 JI SUN PARK  from Korea and has experience in community health promotion program in rural communities in Malawi, and more currently, she was engaged in a Monitoring & Evaluation (M&E) of school health program in Fiji. With her academic background and field experience, she has profound interest social medicine, specifically in the impact of Social Behavior Change Communication (SBCC) in global health. Ms. Park studied International Disaster Management in England focusing on developing culture-smart ways of risk management. 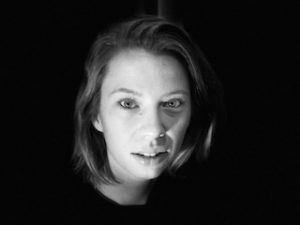 Sophie Cousins is an award-winning Australian journalist and author based in Nepal. Her work focuses on the systems that exacerbate gender inequality and the impact this has on women's and girls' health across South Asia. Her work has appeared in the Guardian, the New York Times, Foreign Policy, the Lancet, Nature and the London Review of Books, among other publications. She is the author of A Woman's Worth: Health, Stigma and Discrimination in India which was published in 2019.